Requirement: Heated bed must be 100°C 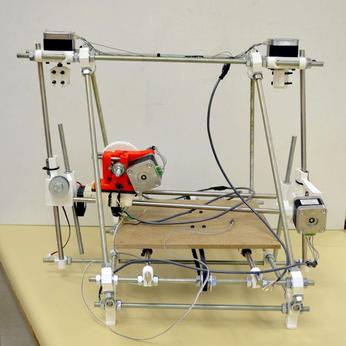 Most 3-D Printer designs have a stationary bed and can mount a heater underneath the bed and do not have to worry about it moving. 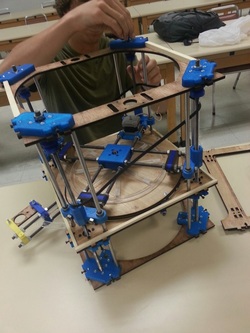 Our design has to have a table that moves up and down, with the arms not moving vertically 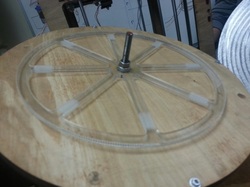 Problem 2: Table was light and wobbled too much 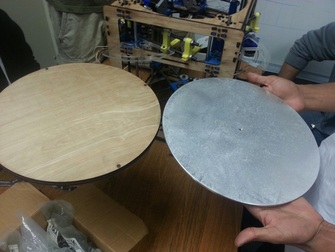 
Why? Better conductor of heat and heavier. 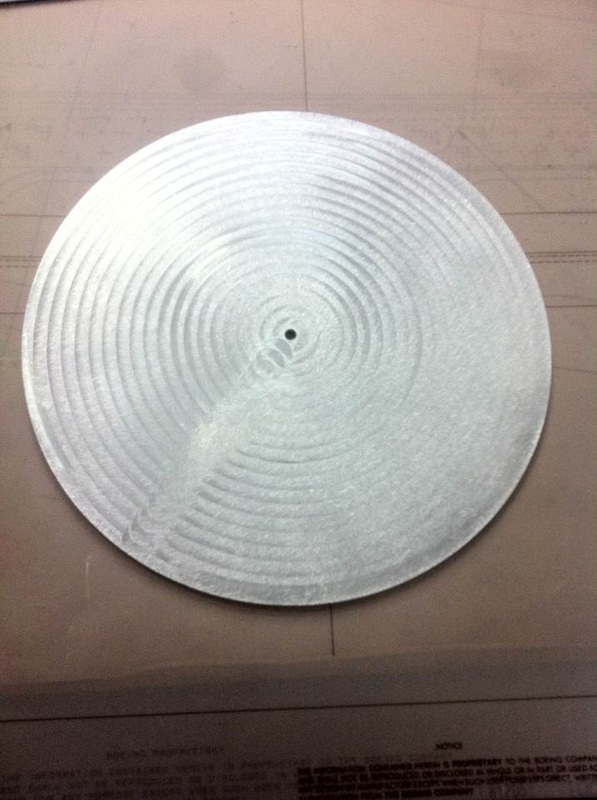 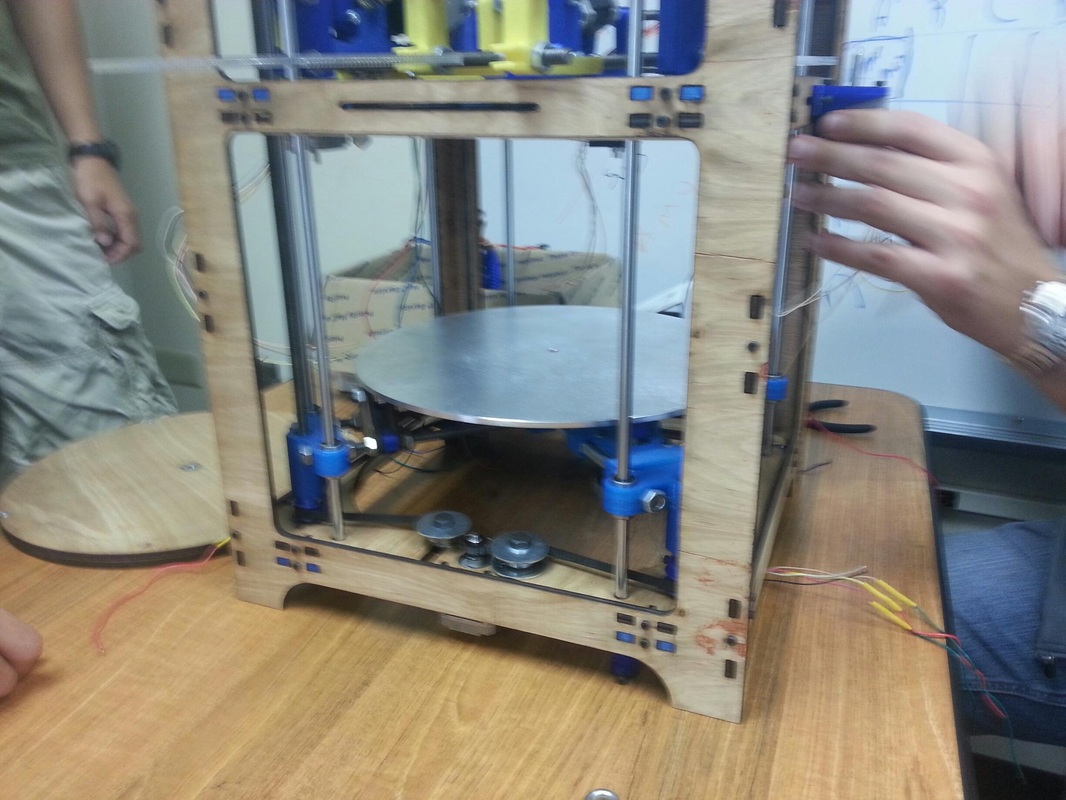 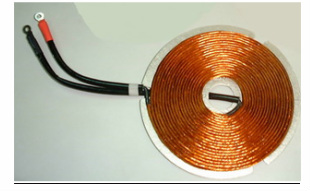 Our first option was a heat resistance coil, which was based on conduction. This basically consisted of a coil being bolted to the bottom of the table. The set-up would have been very similar to that of an electric stove. The governing equation was Fourier’s law. Our analysis revealed it would take three minutes for the 130-Watt coil to heat up the table to 100 degrees Celsius. This option was favorable at first due to not having to need an external power source to operate the heat resistance coil. Our group eventually disqualified this design due to the difficulty of redesigning the table because it was spinning and would require couplers. 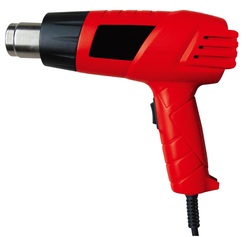 The second option was based on convection. It consisted of a heat gun that blows hot air. This design looked like a blow dryer mounted underneath the table that would eventually heat up the table to 100 degrees Celsius. The advantages of this design were the ease to mount the heat gun. The reason this design was disqualified was because it required an external power source and didn’t heat evenly. 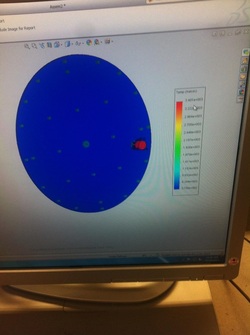 Our last design option was based on radiation. This concept was a basic heat lamp mounted underneath the table. The main advantage was the ease of the design. It would be very simple to implement and was very cheap as well. This is the design concept we chose to implement and the next page shows the final Computer Aided Draft proposal.  The heating analysis was done on SolidWorks and the final results revealed it would take 25 Watts to heat up the table in fifteen minutes. 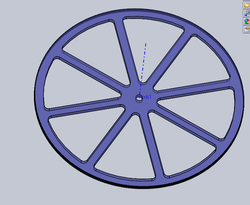 Cog underneath the table: Since the table is going to have a heat lamp underneath it, we decided to redesign the cog into a thicker, higher melting point plastic. Delrin was suggested to us, and we think we should use Delrin Acetal which has a melting point of 175°C . The material can be laser cut which is necessary because the gears are really fine.
Powered by